We provide expert legal advice for any dispute, claim or problem within the shortest possible time frame.


We aim to prevent a dispute from escalation. We want to keep our fees low and work as cost effective as possible. 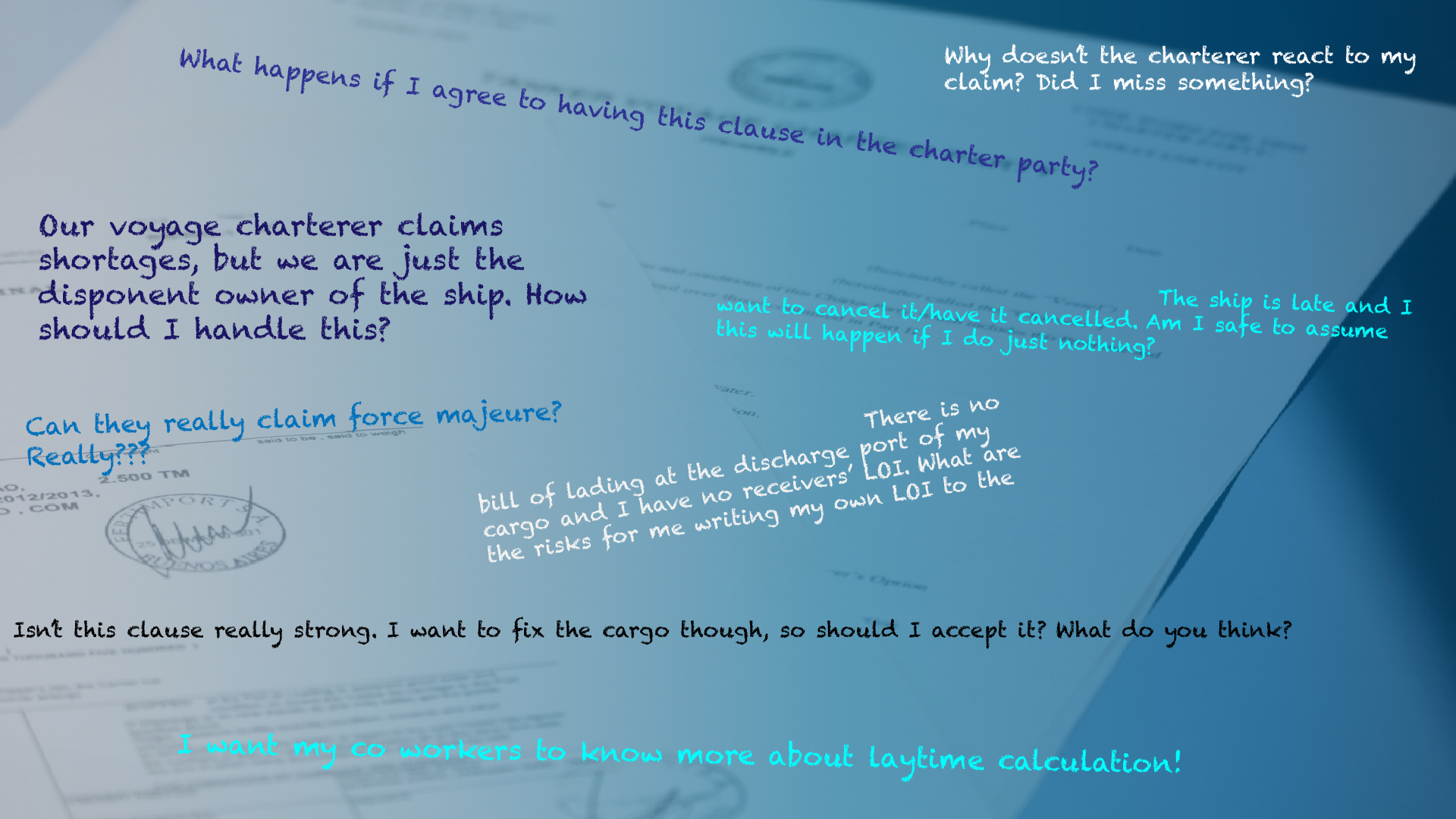 
- We provide expert legal advice on claims and disputes.

- We are able to provide the right strategy for the best possible solution.

- We produce correspondence on our client's behalf


- We analyse and review Charterparties and other commercial contracts.
- We are able to perform compliance checks.

- We are able to perform demurrage claim analysis and negotiations.

- We have extensive experience in Freight/Demurrage retrieval.


We are a supporting member of LMAA and are available for LMAA Arbitration appointments.

We are also available for mediation.

Established as a legal consultant in 2018, we aim to provide a cost-effective, pragmatic source of Legal assistance for Charterers, trading houses, Shipowners, shipbrokers, Insurers and insurance intermediaries.

With a background in commercial shipping of almost 20 years, we look beyond the strictly legal aspects of any possible dispute. We strive for an pragmatic approach, identifying the underlying issues from a broader perspective, within the legal framework of the law of the contracts.

– Succesfully offsetting a claim for late arrival penalties against Owners’ demurrage claim under a voyage charterparty;

– Succesfully assisting a shipowner on retrieving a substantial amount of demurrage on a contractually ‘time barred’ demurrage claim;

– Negotiating a settlement for a repudiatory breach/renunciation of contract on a contract containing a wrongly described vessel and last cargoes;

– Acting on behalf of charterers in a salvage / towage case  and successfully avoided salvage liability;

– Successfully assisting a shipowner with instructing their p and I club on the matter of a repudiated contract (after a wrongful cancellation of a voyage charter);

– Review on the contract of sale and subsequent closing for the buyers of an MR size tanker , plus analysis of the subsequent (long term) time charterparty for that vessel.

(the used tariff is subject to your enquiry)

For many claims we are able to provide you a 'No Cure No Pay' incentive, where we only provide an invoice for a pre agreed amount once the issue is successfully resolved.

Used hours are invoiced on a tariff per hour. Our standard fee per hour is € 170 ex VAT*.


*) where VAT is applicable

We offer package fees for a minimum agreed amount of hours at much lower pricing than the mentioned ' per hour' tariff.

To register for  this newsletter, please fill out below form.